The Other Bronte Sister 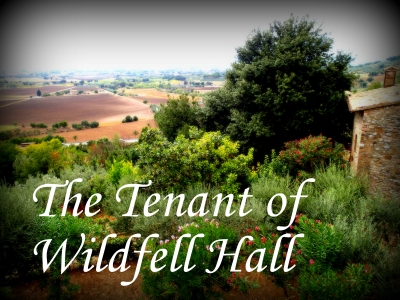 The other Bronte sister Anne, little sister of Charlotte (author of Jane Eyre) and Emily (author of Wuthering Heights), was a novelist too. Anne Bronte wrote under the pseudonym Acton Bell. Her second novel The Tenant of Wildfell Hall (1848) is the new pick for the Wall Street Journal’s WSJ Book Club.

The early feminist work tells the story of a woman married to an abusive husband who parties with a wild crowd. She runs away, settles with her child in another town, tries to survive in a hostile social environment, and in the end falls in love with a local farmer.

When first published the book was widely read because it was considered scandalous. After Anne died at the age of 29, her sister Charlotte pre-vented Wildfell Hall from ever being published again.

Two themes made Wildfell Hall scandalous. First there was the legal question. In 1848 English women could not own property, enter into contracts, sue for divorce or win custody of their children. Not until the Married Women’s Property Act of 1870 could women in England live independently if they no longer wanted to be married.

The second scandalous theme was decadence and moral decay of both men and women. Anne got away with describing wild parties, alcohol, drugs, and adulterous affairs because she wrote under a man’s name.