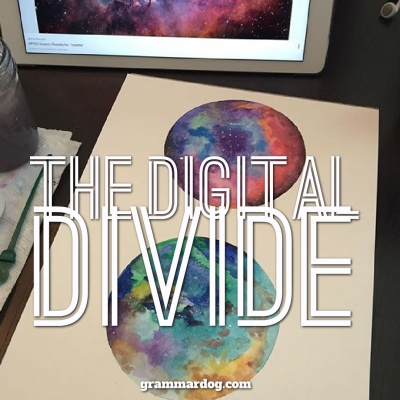 A digital divide exits in the world at large. Even if an individual has a smart phone, the cost of connecting to the internet is not affordable. According to Wired magazine, 4.9 billion people are not on the internet because it costs too much. Only 10-15% live in remote areas the internet can’t reach. All that is about to change. Several companies plan to offer low-cost or free wi-fi for planet Earth.

Google. Project Loon is Google’s plan to test thousands of helium-filled balloons that measure 49 feet in diameter. From eleven miles high, the balloons will beam wi-fi all over the planet. Project Loon has already run a small test in New Zealand. A much larger test will be conducted in Indonesia in the next few months.

SpaceX. Elon Musk’s plan to provide world-wide wi-fi involves 4,000 small satellites orbiting the earth. SpaceX plans to launch the satellites in the next four years. Unlike the other ventures, Musk’s internet service will be low-cost, not free. His plan is to use the revenue from worldwide internet to fund SpaceX’s plan to build a city on Mars. Musk boldly predicts that satellites will replace fiber optic cables in the next 10-12 years.

Facebook. Free Basics is a partnership between Facebook and Google. By late 2016 Free Basics plans to use ground stations to send radio signals to giant solar-powered drones high in the sky. The drones then send laser signals to more drones nearby that pass the signals to transponders that convert the signals to wi-fi or 4 G networks. These drones are not the kind you buy at Walmart. Called an Aquila, each giant drone is shaped like a boomerang and has the wingspan of a Boeing 737. Imagine a drone as big as a passenger jet surrounded by swarms of smaller drones – 10 thousand drones altogether – that deliver wi-fi to the world.

Free worldwide wi-fi sounds great to Americans, but Free Basics has met with strong resistance to the plan. Both India and Egypt suspended Free Basics service after trial tests in those countries. The majority of people in the world live in countries where state-owned media agencies control internet access. Countries that block and jam websites include China, North Korea, Saudi Arabia, Iran, Ethiopia, Azerbaijan, Vietnam, Myanmar, Eritrea and Cuba. The least censored countries are Sweden and Switzerland. (Source: Freedom House)

Facebook’s Mark Zuckerberg has been traveling the world trying to convince repressive governments that wi-fi access will become as necessary as electricity. Zuckerberg even spoke in Chinese in Beijing, saying “Access to the internet is a fundamental challenge of our time.” Convincing the world’s repressive governments that free internet is in their best interest is an uphill battle. Zuckerberg’s biggest selling point is that driverless cars and smart homes will require 24-hour internet connection.

Google, SpaceX and Facebook are forging ahead no matter what. We can expect one of these plans – balloons, satellites or giant drones – to change our lives very soon.