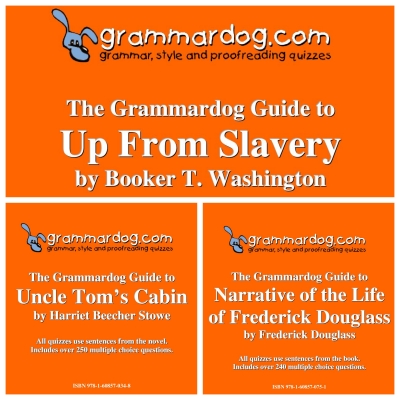 Up From Slavery reveals a secret to academic success . . . learn how to sweep a room.

Booker T. Washington once worked as a servant for a Mrs. Ruffner who was a neatnik. She taught the teenage Washington how to thoroughly sweep a room, how to dust, how to keep everything organized and clean. When destitute and homeless Washington applied to Hampton Institute in Richmond, Virginia, he was not admitted right away. He had fifty cents in his pocket, had not eaten or bathed in days, and looked like a tramp. The head teacher handed him a broom and told him to clean a classroom.

Washington knew this was his chance to prove himself. He swept the room three times. He moved all the furniture so he could clean every inch of the floor. He dusted four times. He cleaned the woodwork and every bench, table, and desk. When he was through, the head teacher took a handkerchief and rubbed it over the woodwork, tables, and benches, finding no dust or dirt whatsoever. She approved Washington’s admission based on his self-discipline revealed in his ability to clean a classroom.

Washington claimed: “The sweeping of that room was my college examination, and never did any youth pass an examination for entrance into Harvard or Yale that gave him more genuine satisfaction.”